I can honestly say that I liked Taylor Swift since she became cool. I am in the deepest and truest sense, as a friend remarked, late to the party on this one. My ear was caught a while ago by “We Are Never Ever Getting Back Together”, but it wasn’t until I acquired a copy of 1989 this term that I became absolutely fascinated by her music. One particular feature stuck out, which I’d like to think about out loud: her sense of irony. 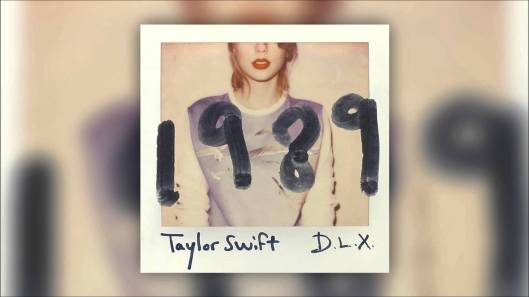 In so many Taylor Swift tracks there seems to be a doubleness, a sense of distance, even an actual other song being implied and critiqued within the record itself. There very rarely seems to be a straightforward assertion which isn’t ironised or annotated in some way. Of course this isn’t particularly rare in popular music, but it comes particularly to the surface in her work. Probably the easiest way to explore this is via a discussion of a couple of tunes from 1989: “Wildest Dreams” and “How You Get The Girl.”

The lyrics to “Wildest Dreams” begin this process by a series of statements and counter-statements, or at least pairs of opposites. “He’s so bad, but he does it so well”, with its implicit posing of “bad” against the adjective “good” of which “well” is the adverb. (And the complicating inference that it’s possible to be “bad” in a “good “way, another commonplace of pop lyrics.) Similarly “nothing lasts forever”, “but this is getting good now” – “lasts”, with its impression of experience fading is balanced by “getting”, which implies the experience is still building towards completion; and “forever” countered with the insistence on “now”.

These pairs contribute to the sense of complication I’ve been suggesting, and move it on towards irony. The double perspective sketched by “forever” and “now” is developed by the couplet at the beginning of the second verse.

The same scene is presented from two different positions in that second line. Firstly, the speaker’s immediate physical impression of her lover, so immediate that it fragments into the part of him she can feel and the part of her which can feel it. Secondly, the tell-tale clothes on her bedroom floor which would inform an observer (or at least allow them to gossip about) “what we do”. His physical presence is countered by an image of his absence, the point of the second image being that he is not in his clothes.

Even at the point of enjoying her lover’s physical presence, the speaker’s consciousness registers him as a form of absence. An absence (from his clothes) which is both sexy and potentially betraying. This is hardly surprising in a song which spends most of its time weaving together the excitement of the moment with reflections on how that moment might be remembered or reframed in the future. But it does develop that sense of doubleness I’m outlining.

The statements and counter-statements, the balanced and ironic pairs, are developed most effectively in the first two lines of the chorus. Introduced by “my one condition is” and “my last request is”, the speaker demands

It’s the traditional, even expected, demand of a woman in much romantic poetry. Say this will matter, say this will mean something, say all your declarations of love will be proved true. Say, at least, that this is about me and you’ll remember me as a person. It conjures us folk ballads of faithless swains, and Victorian novels about abandoned women. But the next line rewrites this narrative:

Standing in a nice dress, staring at the sunset, babe

The line we thought was end-stopped turns out to be enjambed, and the second half entirely reframes what we thought the first half meant. She’s not asking him to reassure her that she won’t be forgotten, she’s editing the mental image he’ll have of her when he remembers. The counter-statement of this second line brilliantly overwrites the previous meaning: it invokes a despairing, naïve young woman subject to male whims, and then makes it clear that the speaker is not that woman.

This is the double style I mentioned above, the implicit presence of another narrative, or another song, which is then annotated and critiqued. The speaker of “Wildest Dreams” acknowledges the expected narrative of how a young woman should feel before a sexual encounter, and having invoked it then makes her own gloss upon that narrative. A similar process can be seen as the chorus goes on:

even if it’s just in your

Another apparently anxious demand for reassurance, “say you’ll see me again”, is countered by the next lines “even if it’s just on your wildest dreams”. The pun on “see” invokes the romantic or dating meaning of that verb, “we’re seeing each other”, and then ironizes it into her lover’s memories of their time together. There’s even an echo of the taunting rebuff “yeah, in your dreams”, which is turned around into the speaker’s confidence that once they’ve slept together she will supply the “wildest dreams” of her lover.

Thus the doubleness and irony I’m tracing works through individual clauses which state and then counter-state, but also through entire implied narratives which are invoked only to be commented upon, rejected or modified. The pervasive irony which runs through 1989 finds expression here as a whole other song which Swift is not singing, offering her audience a self-conscious and even satirical vision of what her speaker doesn’t feel.  I’ll carry on the analysis with “How You Get The Girl” in a later post, but I’d be very interested to hear your thoughts.

6 thoughts on “Wildest Dreams: The Pervasive Irony of Taylor Swift’s 1989”