Yesterday the Diocese of Oxford published a blog post on creating a “man-friendly” service for Christmas Eve. It remarks on the fact that 30% of the average Anglican congregation is made up of men, and that Christmas Eve is one of the times when that proportion will change. There is a list of tips to ensure church services are suitable for men.

I’ve written quite often on this blog about Christianity and gender, and particularly the strands of popular Christian thought which express concern over the presence and authority of women in the British church. Being a man myself, and having only been baptised within the last few years, I’m enthusiastic about what Christianity can offer men. 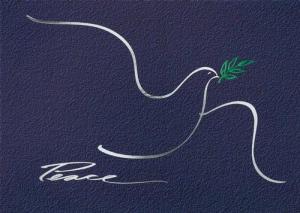 But I’m also concerned by the undertones in Christian discussion of blaming women, or accommodating Christian thought and spirituality to stereotypes of masculinity. The influence of US writers and preachers like David Murrow and Mark Driscoll has a tendency to anoint corrosive gender roles as natural and ordained by God. I thought it was worth examining the suggestions provided by this article, and relating them to the ongoing discussions over gender in the church.

This is undoubtedly good advice for any service at which lots of people will be present who don’t usually attend a church. I’m not sure how it connects with being “man-friendly”, though. The historic domination of both preaching and education by men suggests that there’s no noticeable correlation between gender and being able to sit still and listen intelligently.

Another good idea when you’re aware that many or most people won’t be familiar with church services. Personally I love a long liturgy, with space for reflection, shifts in rhythm, alternations of music and silence, but it might be something of an acquired taste… The figures for cathedral attendance suggest that many people might enjoy the beauty of Christian ritual who don’t identify as Christians personally, but a family service on Christmas Eve is probably not the place to throw a full two-hour mass!

I’m not entirely sure what this one means. Certainly, as the old adage goes, “you can’t be what you can’t see”; the representation of minorities in media and roles of authority is essential to persuade young people that they can fulfil those roles themselves. So it makes sense to keep role models available.

I’m just not sure men are lacking images of men as in charge and important, in society or in church. I’ve never been to a church where there were only women leading, serving, reading and celebrating the sacraments. I don’t think I’ve ever been to one where women were even the majority of those doing so. And we should probably bear in mind the studies on group perception that suggest groups in which women are the minority are often perceived by men as over-run with women.

I don’t really understand this one either. I’m not a musicologist, but I thought Christmas carols tended to have strong melodic lines, move within a narrowish range and be pretty robust. Certainly the composers of church music have tended to be men, from Wesley to Kendrick. The baritone is the most common male voice, and most of us can drop an octave when necessary. Talking to female friends on this subject, I was surprised that they also think a lot of church music is pitched uncomfortably, as it tended to focus on the average male range, which they can’t easily lift an octave.

I don’t preach at the moment, so I don’t know how sermons tend to be planned, or how they generally match with the church year. I’m slightly surprised to find a family service on Christmas Eve being suggested as the place for a sermon on the glorious company of the martyrs and the violence which Christians have undergone for their faith. I can see the theological connection with Christ as vulnerable and emptying himself of power, giving up his body to the violence of humanity.

But that seems slightly at odds with the idea of “adventure”. When Jesus’ disciples show tendencies to treat his ministry as one of commando adventure by drawing swords or regarding themselves as an elite unit battling against demons, he rebukes them as having misunderstood him in a particularly dangerous way. The Patristic “Christus victor” account of the crucifixion sees Christ as triumphing over the powers of evil, but in a paradoxical way; I can’t help but feel that this will cease to be interesting as an adventure story when it has to be explained in any detail.

Fair point – good practice in any organisation that wants to make clear that a particular group is being catered for, and which happens to have members of that group in attendance.

This one verges on the incredible, if it means what it seems to mean. This last year the Church of England had one of its periodic public arguments about gendered language, in which it became clear that large swathes of the church are uncomfortable referring to God as “she”. There’s a perfectly good theological rationale for that: God is not a thing in the world and has no gender, so God is not a “she” any more than God is a “he”.

However, the idea that the Christian tradition has de-emphasized masculine language is remarkable. God is referred to as Father, as Son, as King, as Lord, in the regular prayers, Bible readings and liturgies of the Church of England. The overwhelming majority of the terminology used to either name or describe God (activities that are always metaphorical) connects to male people in the world. As a man, I’ll never know what it’s like to live my spiritual life in a tradition where practically every term for the source of life and goodness and truth is identified with a different gender to me.

No reason why not. Preaching can use a variety of props, from paintings to tea towels, from projections of a solar eclipse to the feel of clay between the fingers. The only slight reservation I have about this is the assumption that “an action film” is going to appeal to men and particularly men. That seems to underrate the complexity of film and audience responses to it. “Action film” has been through a lot of developments in the last thirty years, and Die Hard is a drastically different work to The Expendables. However, this is not my speciality. Whenever the students on the film module I convene want to specialise in action movies, I have to refer them to my female colleague, whose field this is.

More good promotional advice. Once again the caveat that I don’t know what sermons that “would interest men” might involve. Possibly the last two thousand years of preaching, possibly not. One thing that I know puts a lot of men off is being treated as a homogenous macho mass who all like beer, action movies and can’t relate to their emotions. I’m lucky enough to work in an environment where there are a lot of young men doing a lot of thinking about their lives, the world around them and what it can offer them. The prevailing attitude in this environment is that Christianity offers them sexist, oppressive nonsense.

I can see why you would want to provide as much as possible of Christianity at the one point when people unused to it will be in church. And frankly this idea sounds a lot better than the “we are all damned and Christ took our excruciating punishment” sermons which I gather have been known to find their way into some wedding services, on the same principle… And yet. Christmas is a time when lots of powerful forces are shaping people’s lives: big business, consumer capitalism, heteronormativity, party politics.

People can feel these powers impinging on them and their lives, often in ways that make them feel stifled, or overstretched, or guilty. Every big organisation seems to “want in” on the Christmas branding, from multi-media marketing campaigns to enforced jollity at office parties in unhappy companies. I’d be rather wary of preaching Christ as another power, another force that is exerted, at a time when power is so obvious and so squicky. This feels to me a time to preach Christ as liberation, as kenosis, as the one who offers freedom and a subversion of power.

The article also lists “one big mistake”: that churches “build their Christmas Eve” around “adorable little children.” It advises that

A church of “women and children” is exactly what the Classical writer Celsus sneered at Christians in the second century. He also added “and slaves”. It’s something we’ve been historically rather proud of, because Celsus was listing people who had no power, whom society ignored when it wasn’t brutalising or exploiting them. The “myth” that faith is for women and children is the “myth” that was echoed by Liberation Theology’s “special option for the poor”. Christianity doesn’t worship powerful people, and in its better moments it offers salvation and redemption to those whom the world despises.

Faith is for men too, but accommodating Christianity to modern conceptions of masculinity risks seriously distorting the gospel message. Not because modern men are evil or corrupt, but because they are the subjects and the objects of a toxic system of violence and domination. We cannot make the church into an organisation which praises and adores the power of men.[1] When that has happened in history, the results have been disastrous and a perversion of the gospel. I don’t suggest that this article is arguing for a male-centred church. But I think it’s worth reflecting on where this kind of casual stereotyping and ecclesiology of resentment might lead if it isn’t carefully discussed.

NOTE: It appears that the Diocese of Oxford took the article in question down at about 3.30 pm on 2nd Dec, without comment or replacement.

[1] The reference to Jesus saying his disciples would be “fishers of men” is clearly a joke in the original article. There’s no way anyone giving advice on the Diocese of Oxford’s blog can seriously think that this Bible verse means the disciples have a particular mission to men and not women or children. That way leads to the theology of Mark Driscoll. And anyway the Church of England has been insisting for years that “men” means “men and woman”. Otherwise it would be necessary to start praying for “womankind” and maybe addressing God as “mother”.

17 thoughts on “A Very Manly Christmas: On “Men-Friendly” Services”